We’re in the golden age of gaming. In the US, more than half the households now own a console. Tablets and smartphones are packed with games. The video game market has already topped the movies and music markets. From a juvenile distraction to a mostly grown-up entertainment, this momentum is not about to dissipate. If anything, with the help of big data, it’s increasing faster than ever.

1. Where It All Started

You probably don’t know what this is. It’s called the Brown Box, and it’s the grandfather of all game consoles. The prototype was built in 1967 by a man named Ralph Baer. The basic traits of a console are there and have never changed: multiplayer controls and a variety of games to choose from. 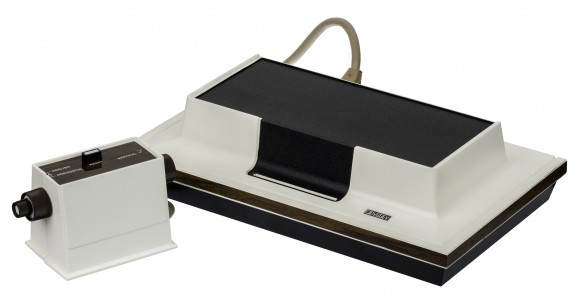 The prototype later evolved into the beautifully designed Magnavox Oddysey, now on display at the Museum of Modern Art in New York. This console was so influential that every gaming company copied it and, as a result, was sued by Magnavox. Over 20 years, the original creators received over $100 million in various patent lawsuits and settlements.

Since the beginning, games have been embraced by the public who, craving more and more, have pushed things forward. Here’s what the inventor of the Brown Box thinks about this revolution:

“If it weren’t for video game enthusiasts and the absolute commercial need to keep them happy with ever-better graphics requiring ever-higher processor speeds, complex computer graphics would still be found only in the high-priced domains of the business and science world.”

Games are everywhere these days, and so is big data. In the words of Spock, logic dictates that games must integrate big data. The concept of multiplaying has grown by quite a few orders of magnitude (from 2 players in the 70’s to about a few millions in 2015). But it’s not only the number of players that generates so much data; every action the players take is recorded and stored for analysis. This is the next big shift in gaming.

2. What do people want in a video game

You might think that people want better graphics and interactions. That’s true and false at the same time. Since computing power grows constantly, the public has become accustomed to being visually spoiled. It’s not that they don’t want better graphics, it’s just that they expect it. Instead, what they truly desire is an interesting story or premise. This is the main reason players buy a game.

“Designing the levels is very much a collaborative exercise between data scientists who are putting a lot of data and perspective into the equation, and then the creative game designers on the other side. Those two sets of people come together and work very, very closely,”

says Vincent Darley from King. Nils Pihl from Traintracks has the same approach, albeit taken even further. He knows that games need big data, but complains about the lack of structural redefining of the industry, the “Apple 1984” moment of database technology.

“We’ve gone from floppy disks to the app store, from dial up to broadband, from DOS to iOS, from command line to touch screen – but SQL is still SQL.”

Probably the only part of the gaming world that has figured out a way to leverage this is the casual gaming industry. It’s much easier to dynamically improve levels based on user analysis when the game is simple and doesn’t involve an immersive experience. Finding the right combination of colors, tweaking a few buttons, introducing a new level into a casino game – it can be done easily and it is done on the go. But companies need to be careful. When the focus shifts from creating an immersive and compelling game to what kind of addiction tactics we can use to get the users pay more, it’s the games that will suffer. It’s nearly impossible to create an imaginative and rich universe when every item in that universe is designed to make the user play more and pay more. It’s a challenge to fine tune pre-existing board games into generating more revenue. But it’s really hard to invent worlds where you want to stay just for the sake of it.

You don’t have to know a line of code in order to operate a computer. Why shouldn’t this be the case with big data? There is a great potential for game design in using real-time data and analytics, but the tools haven’t arrived just yet. Imagine how such games would work. Role playing games creating scenarios adapted to your personality, collaborative games that can properly simulate different versions of reality, designing new drugs by using gaming strategies to fold proteins… All of that is within our reach, if only we could build better ships to carry us through the big data sea.