Harvesting Photons for the Highways of the Future

About six years ago, an out-of-the-box idea started making waves all over the web, and its campaign on Indiegogo.com was one of the most successful ever recorded. Not only have they gathered over $2.2 million USD from enthusiasts in all corners of this oblate spheroid we call home, but they also got $1.65 million and some change from several contracts for SBIR (Small Business Innovative Research), from the USDOT (U.S. Department of Transportation) and various personal donations from 2009 to 2015. Where did all this money go?

Most of it went into empiric, trial and error, rather expensive R&D for the Solar Roadways® hexagonal panels/pavement blocks. It was a “wild idea” that had conquered Julie Brusaw, a concerned-for-the-environment private counselor with an M.A. in Counseling Psychology. Her husband, Scott, a veteran Marine Corps Ammunition Technician who later earned his M.S. in Electrical Engineering has, ever since, struggled to make this idea come true. 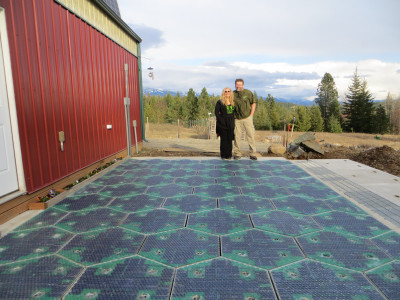 So far, they have but spent most of their financing and have reached an SR3 prototype with higher intensity LEDs. The tempered textured glass used to protect the solar cells does not allow for road markings. Thus, they used LEDs to replace the paint. The SR2 prototype – which they used to build a 12×36 ft. (3,65x11m.) parking lot on their property – had low-intensity LEDs that were invisible during daylight. 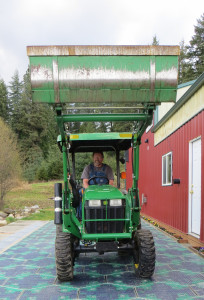 Go figure: the SR1 prototype panel did not even have solar cells because it was designed as a mere indoor pavement solution with pretty glowing LED lights and weight sensors and whatnot. Well, they have come a long way since the late 2000s, when their two main supporters were the late inventor Dr. Forrest Bird and his now-deceased wife, Pam, author of the book “Inventing for Dummies.”

The official website bears a blog entry with a sour-sweet admittance of the less-than-fortunate unveiling of the SR3 pilot stretch in the town square of their hometown, Sandpoint. That did not go as planned due to several faults of various manufacturing processes. They would replace the faulty panels and carry on with the project. 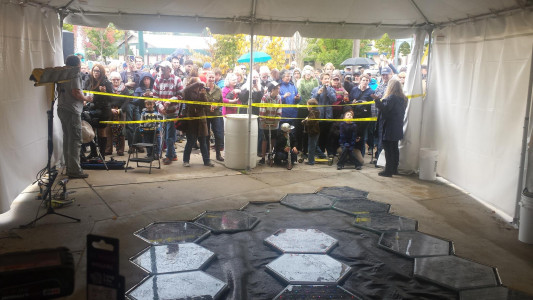 There’s no need to throw any stones; all great inventions have been achieved through trial and error. Moreover, they all required a contagious enthusiasm on the part of their inventors as well as, well, the investors. 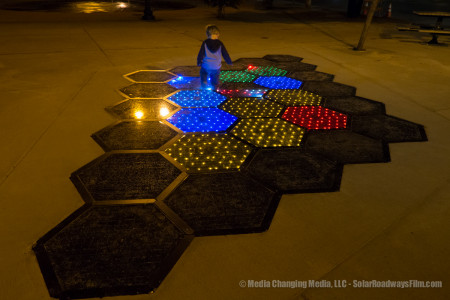 What worries this humble writer in the case of the Solar Roadways® is how do the solar cells manage to harvest the sun’s rays under smog and heavy traffic? Won’t that diminish their efficiency? According to their calculations, it is all too optimistic.

Let us now turn our attention to the other side of the Atlantic, toward the Dutch Smart Highway concept, with glow-in-the-dark lanes and other fairytale wonders, and see how they did it.

The brainchild of designer Daan Roosegaarde, the project was first announced at Dutch Design Week in 2012, was tested for durability and user experience, then presented in 2013 at Design Indaba conference in Cape Town. It won an INDEX: Award later that same year. The Smart Highway has also been awarded a Dutch Design Award and an Accenture Innovation Award.

Developed by Studio Roosegaarde together with infrastructure firm Heijmans, the photoluminescent paint absorbs solar energy during the day, then slowly emits light for up to 10 hours at night.

By October 2014, the first Glowing Lines were installed along the N329 route in Oss, as part of an initiative called Roads of Tomorrow.

In November the same year, Daan Roosegaarde inaugurated the Van Gogh-Roosegaarde Bicycle Path, a one-kilometer strip of the Van Gogh cycle route through the Dutch province of Noord-Brabant, where the famous painter was born and raised. The designer of this fairytale road was inspired by the painting “The Starry Night,” thus the road is coated with the same photoluminescent paint as the Glowing Lanes, only this time, it is arranged in swirling patterns, referring to the 1889 painting.

Currently, the Van Gogh-Roosegaarde Bicycle Path has inspired a materials technology center, TPA Gesellschaft für Qualitätssicherung und Innovation (TPAQI), to develop their own phosphorescent (blue) material, which was applied last September to a trial 100m section of an existing asphalt bike path in Lidzbark Warminski, Poland, in order to test it for durability under real-world conditions.

Another wild, but achievable concept from Roosegaarde’s Smart Highway project is the Dynamic Paint – a temperature-responsive road paint that would show images of snowflakes when the temperature drops below zero, warning drivers of possible icy roads.

The Smart Highway concept is intended to make highways safer while saving money and energy. It also includes two proposals for roadside lighting: the Interactive Street Lamps that shine brighter when vehicles approach, then dim out saving energy when there is no traffic, and “Wind Lights,” that use energy generated by pinwheels as drafts of air from passing vehicles make them spin and light LEDs.Finally, an Electric Priority LLane that would incorporate induction coils under the tarmac to recharge electric cars as they drive. This concept is also present in the Solar Roadways® project.

Although the two projects tackle bravely a road less traveled so far, the Earth will have to spin around the Sun many times, yet, until we can see them becoming common practice on a global scale. And who knows what other wonders some inquisitive minds might come up with in the field, just by looking for ways to harvest the Sun and improve our lives. After all, as the saying goes, the sky, or, in this case, the Sun is the limit.